Last week I was given the opportunity to see the final dress rehearsal for this summer’s Youth on Stage production at The North Fork Community Theatre (NFCT) in Mattituck.  This year’s show is Urinetown: The Musical.  I must admit that the title of this show has always made me cringe.  Urinetown?  Really?  The title of this musical had kept me away from seeing it in the past.  However, after watching the final dress rehearsal at NFCT, I realized my error of judging a musical based solely on its title.  This show is so much more than its title would suggest.  Urinetown is a comical, satirical, spoof that had me laughing for two hours straight.  This year’s cast is an incredible group of talented young performers.  I enjoyed the show so much that I have already seen it again.

The title of this show is deceiving.  Do not let the name keep you away.  Urinetown is a musical comedy with incredible song and dance numbers.  It is also a story about a fictitious town that is in the middle of a 20 year drought and water shortage.  The people of this town are poor and must pay to use public bathrooms or amenities.  If they don’t, they are sent to “Urinetown” and are never seen again.  There is an evil corporate CEO who has a monopoly on all of the public amenities.  He continually raises the prices at these amenities and profits at the expense of the most vulnerable people in the town.  The show pokes fun at the government, the legal system and politics.  It also spoof’s other musicals such as West Side Story, Annie, Les Miserables and Fiddler on the Roof.  You will even hear Gospel style songs.  There is good versus evil, political double dealing, bribery, an uprising against the corrupt company and its CEO, and a love story (sort of).  Most importantly there is laughter.  Lots and lots of laughter.  If you see this performance by NFCT, you will be giving yourself the gift of two hours of amazing musical and dance numbers and non-stop laughter.  You will also see some of the most talented youth on the North Fork perform together on one stage.

Urinetown is for the most part an ensemble show.  There are over 30  gifted  youth who make up this ensemble – and boy, are they good.  This young cast nails the comical satire that makes this performance so great.  Together they give a hysterically funny and spirited production under the direction of Brett Chizever.   Urinetown is just what I needed and I urge you to go and see it.  Everyday we seemed to be faced with news of unnecessary violence and sorrow in the world that has affected us all.  Give yourself, friends and family, a break.  Come and see a not so little show called Urinetown right here in our small corner of the world.  It will have you laughing from beginning to end.  I was so impressed with the talent and energy of this cast, that I felt lifted off my seat.  Yes, there are puns about the right to “pee” throughout the show, but nothing that is offensive.  The language used is mild, funny and appropriate for all ages.  In the end the show cleverly spoofs itself, which makes Urinetown really all about the laughter and the knock out performances of this cast.

I love the North Fork of Long Island. This wonderful and beautiful place has been my home for over 33 years. View all posts by NorthForkMary 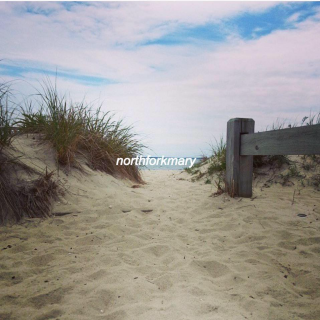 I love the North Fork of Long Island. This wonderful and beautiful place has been my home for over 33 years.